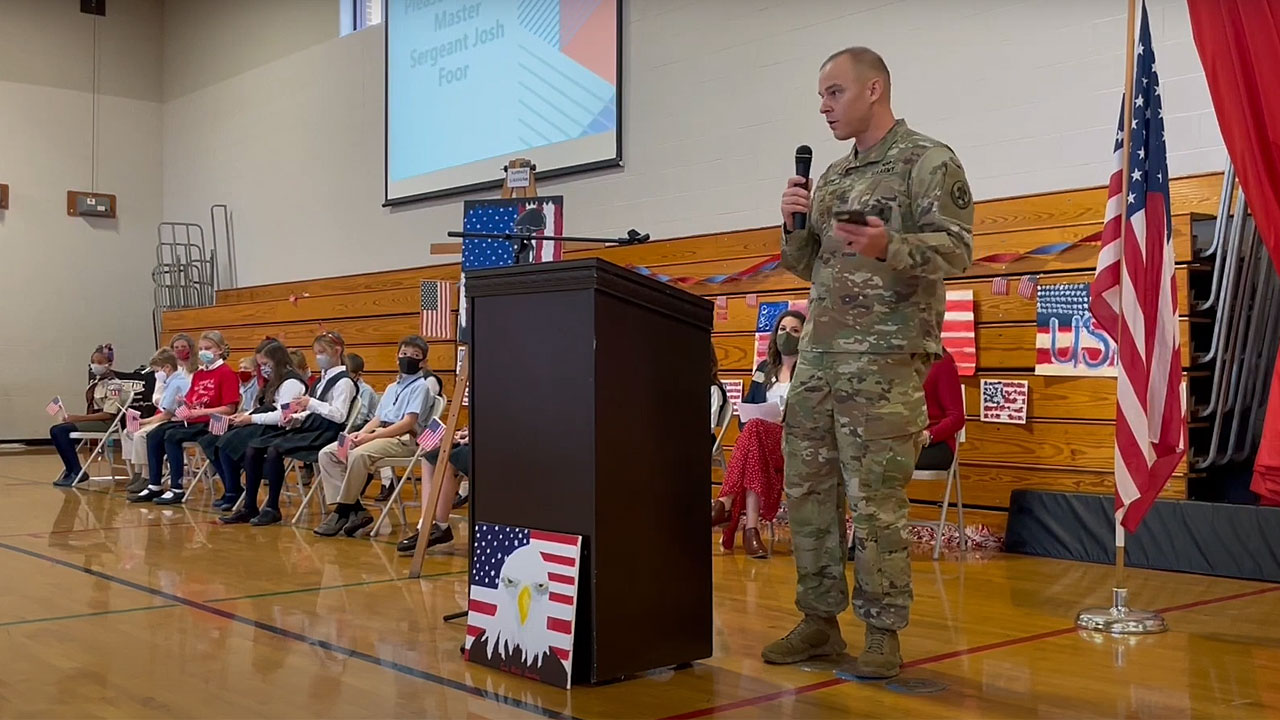 The Academy community honored veterans with a touching Prayer Service planned by the Third and Fourth Classes. Several family members who are Veterans joined for the program, which included a flag procession led by the Scouts. Students shared heartfelt reflections, poems, prayers and songs.

Master Sergeant Josh Foor (father of an Academy student and husband of Academy music teacher, Liz Foor) connected the Academy’s mission to his service in the military.

The program concluded with the Academy Choir singing Tribute to the Armed Forces as our guests were recognized by their military branches.

Thank you to Mrs. Foor, along with Mrs. Reepmeyer and Mrs. Ransom, for coordinating such a meaningful tribute to veterans! Watch the video of our Prayer Service below as featured in the St. Louis Review.