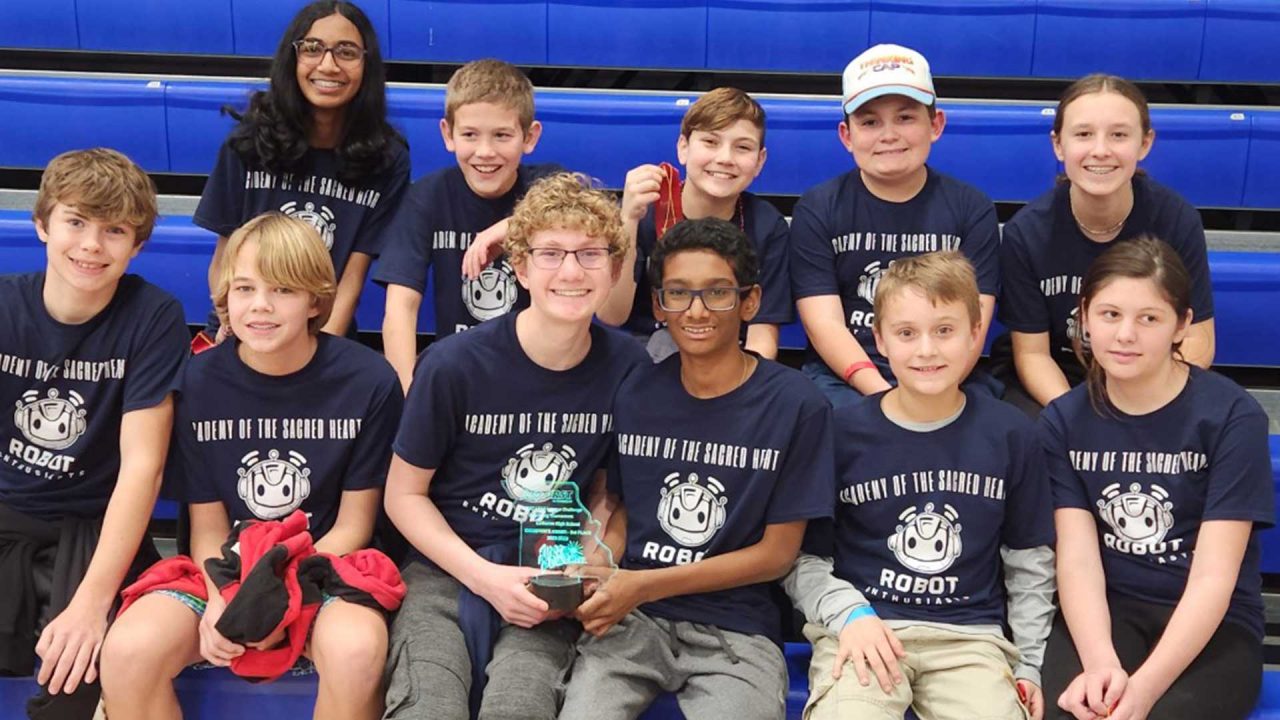 Kudos to the Academy’s robotics team, Robot Enthusiasts, who competed in the First Lego League Competition at Lutheran High School on Sunday and placed third for the Championship Award! They will now advance to the Regional Championship on January 21 in Wentzville.

The ASH team competed against 23 other teams. The teams engaged in research, problem-solving, coding and engineering – building and programming a LEGO robot that navigates the missions of a robot game. As part of Challenge, teams also participate in a research project to identify and solve a relevant real-world problem. This year’s theme was titled “Super Powered.” Each team had to develop a solution to conserve energy consumption or reduce impact of use on the environment.

The Robot Enthusiasts’ concept was to slow down global warming by creating a turbine that generates hydropower to power the Academy and the buildings surrounding it. The turbine would be placed in the Missouri River with an output of 15-1000 kilowatts per second of energy. “The basic idea is that the turbine blades rotate by the power generated from the river currents generating hydropower which is then harnessed by a generator that transfers into usable electric energy,” the team explained.

Teams were judged on Core Values (how well the team worked together while maintaining a fun atmosphere), Robot Design, and Innovation project. First and Second place was given for each category and then a First-Third Championship trophy was given to those teams that excelled in all three categories.

The group presented their project to Middle School students and answered their questions, which helped to prepare them for the competition. We are proud of the hard work of our Robot Enthusiasts and grateful to Mrs. Shelly Marino for her guidance of this group of students! 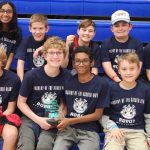 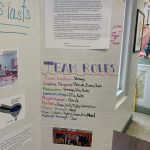 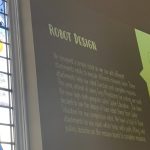 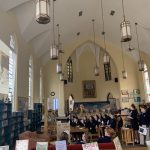 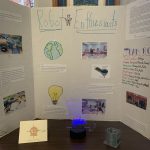 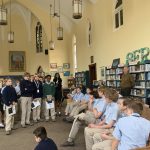