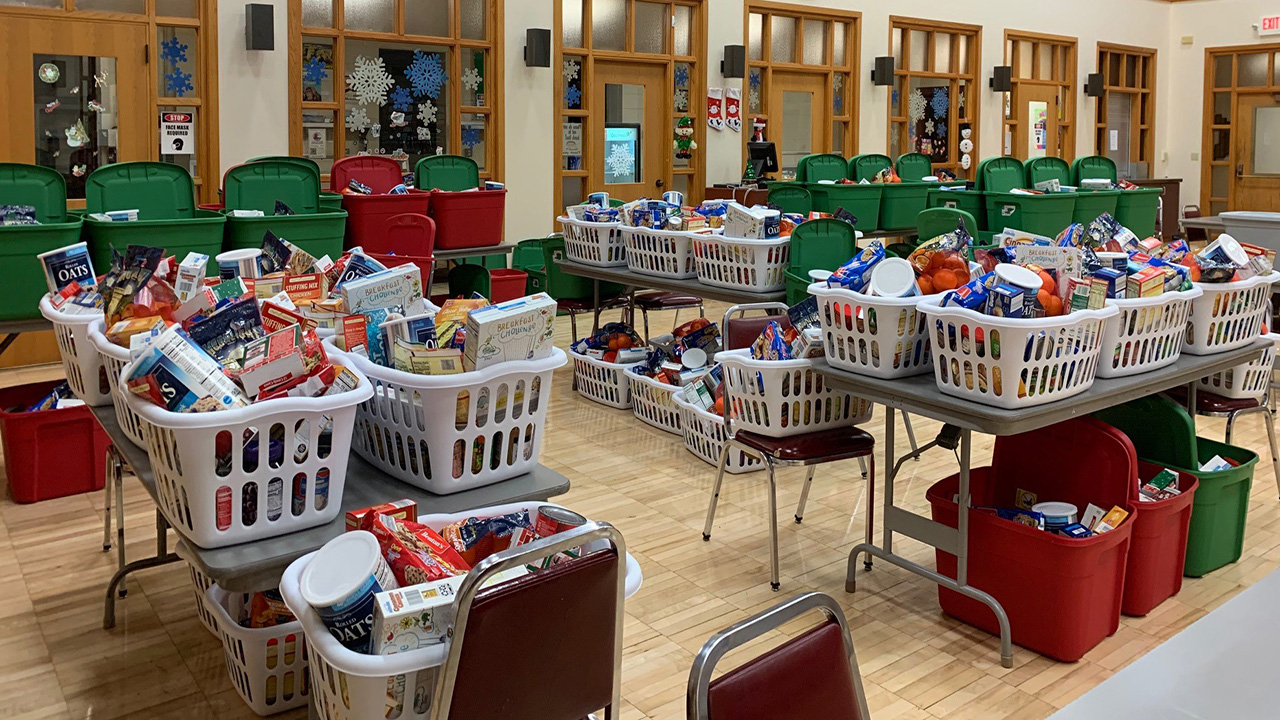 “As a child at St. Charles and later as Assistant Principal, I loved our beautiful tradition of giving generously to those in need during the Christmas season. Thank you for organizing the alums so that we, too, could participate in this beautiful event.” — Mary Pat White, RSCJ ’59

We knew our 7th Annual Alumni Christmas Basket Collection would be different this year, but we were unprepared for the overwhelming generosity from alumni and parents of alumni! Nearly 900 items were delivered via our Amazon registry or dropped off in-person and $5,445 was raised to purchase an additional 3,700 items. On behalf of the Academy alumni, 83 baskets were contributed to the school’s overall effort, significantly impacting so many in our community!

In addition to the baskets, with surplus funds, we worked directly with Sts. Joachim and Ann Care Service and Powell Terrace food pantries to determine their most-needed items. Deliveries of dry goods, chicken, beef, turkey, ham, sausages, pizza and more were made on Dec. 18, bringing the equivalent of baskets to 157!

Many thanks to Charla Niccoli Dziedzic ’75 and Barb Luczkowski ’72 (12th) for their dedication to this effort. They shopped regularly, filling their shopping carts and their vehicles. Items were stored at Charla’s home (thanks to her husband, Dan, and son, Drew ’07, for their help behind the scenes), then transported to the Academy. Ann Demling Diekemper ’72 (12th) helped with trips to Aldi and Christen Heinsohn ’04, who works for Save a Lot, was instrumental in procuring items.

The evening before Christmas Basket Mass, a crew of alums delivered thousands of items to school, then Seventh Class students unloaded vehicles for a small group to assemble baskets in the Cafeteria. These baskets joined with those of Academy families with more than 200 baskets delivered to multiple organizations in our community this Christmas. (Click here to watch the recorded livestream of Christmas Basket Mass).

While alums and parents of alums were not able to gather as a large group to assemble baskets, we were joined in the spirit of our Sacred Heart education and knowing that our gifts make a difference in the lives of others this year. The beautiful tradition of Christmas baskets that alumni and parents of alumni hold close to their hearts lives on as a direct example of Goal 3: a social awareness which impels to action. Thanks to alumni and parent of alumni support, our gifts were shared with countless individuals in the community — truly a gift from the heart. 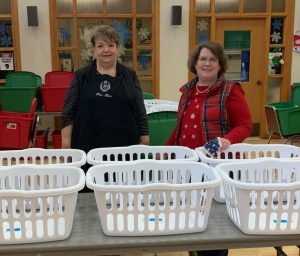 We are very grateful for the efforts of Christmas Basket chairs Barb Luczkowski ’72 (12th) and Charla Niccoli Dziedzic ’75. 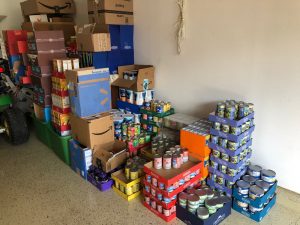 Items from our Amazon registry were delivered to Charla’s home. 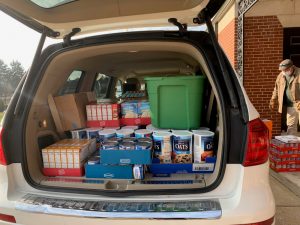 Alum volunteers loaded up their vehicles to transport items to school. 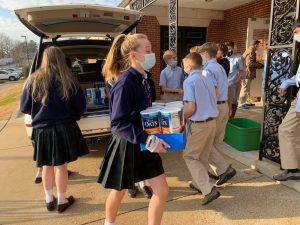 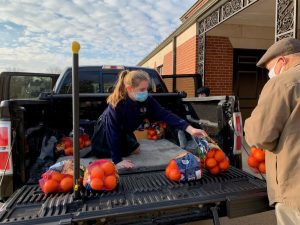 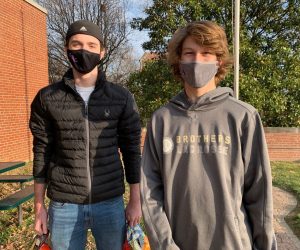 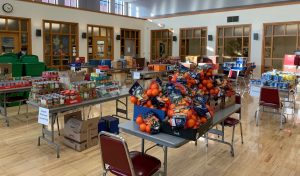 Thousands of items were donated through our Amazon registry, dropped off in-person or purchased through generous cash donations. 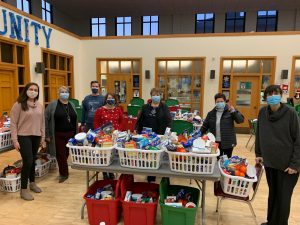 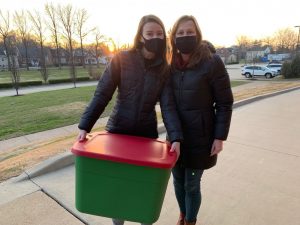 Jillian Alexander ’18 and her mom, Liz, came by to drop off their family’s basket. 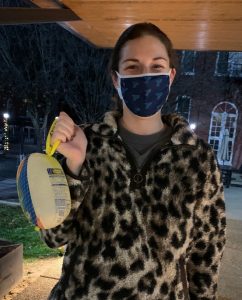 Thanks to Erin Finnegan ’08 who made a last minute drop-off of her family’s turkey to complete their basket.